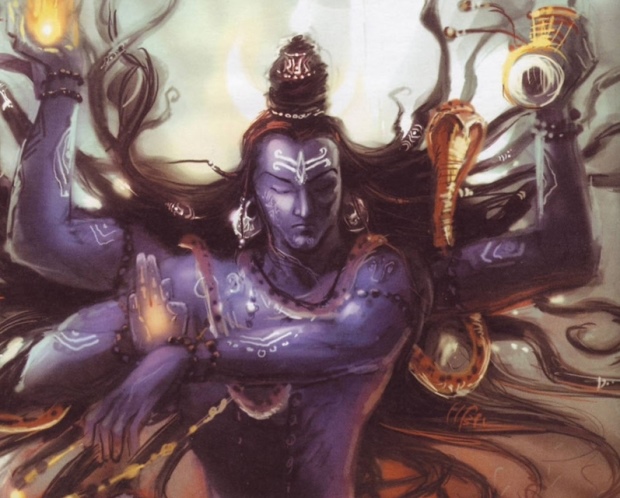 ‘I know you[Shiva] as the controller of the entire manifestation of the cosmic creation, as the potency of both the seed [of the father] and the  womb [of the mother] and as the Supreme Brahman who is immaterial and free from change.

There are two types of conscious beings, one is independent and the other is dependent. The First is the Supreme Lord and the latter are jivas (individual souls). Within the supremacy of independent Lord, there are are two types; one untouched by Maya whereby he is known as Narayana and the other, accepting the touch of maya by his own will, at this moment he is known as Shiva.

Even-thru Vishnu and Shiva are non-different, still, there is a difference only when a capable Jiva as Shiva says tatah param hi mam: “After this [Brahma’s position] if he can progress even further, he comes to my position.” During this time, when a Jiva takes up the position of Shiva he is classified in the category of Jiva tattva, otherwise, for almost all the time, Shiva and Vishnu are non-different hence the classification is Vishnu tattva.