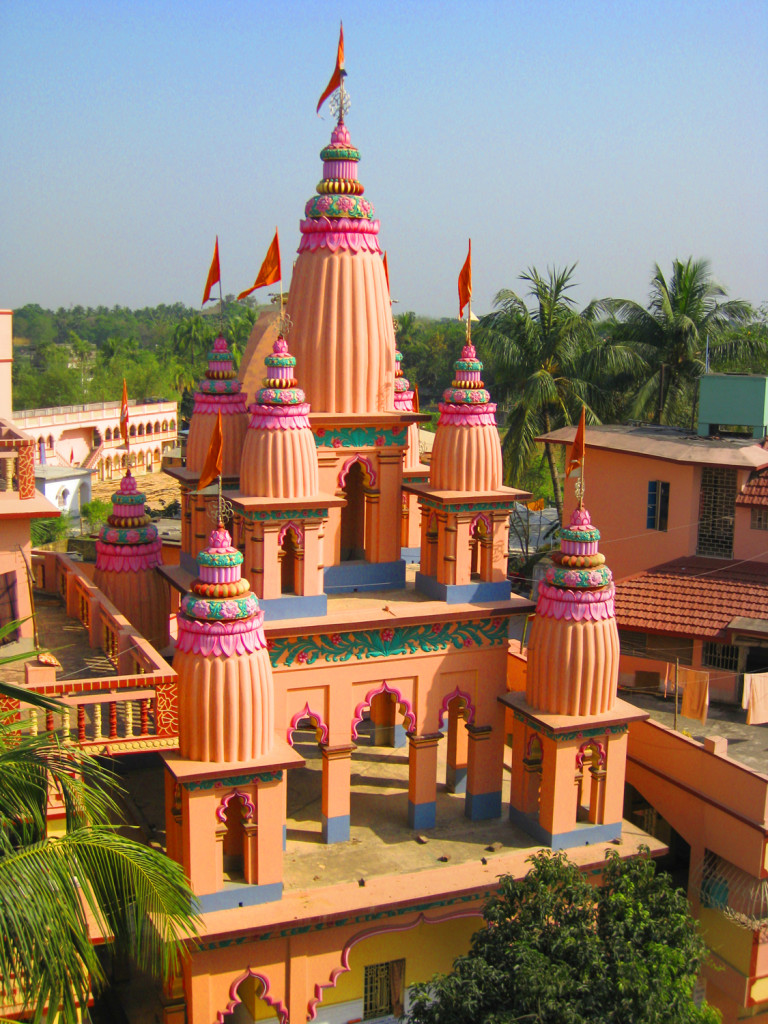 The Temple is on almost three acres of land. Mayapur Gopinath Gauidya Math is the site of the glorious Samadhi Temple of His Divine Grace Srila Bhakti Promode Puri Goswami Maharaj, who departed this world for the eternal abode in the predawn hours of Narayana Chaturdasi, October 21, 1999, one day before Rasa Purnima. There is garden space on site, in which grows various kinds of flowers and Tulsi plants. There is a book stall and a library for devotees to browse and purchase books on transcendental topics. The Temple is located in the Navadwip region of West Bengal, 100km from Kolkata. Mayapur is one of nine islands and is surrounded by holy rivers, including Ganga Mata.

The climate is generally humid. During the monsoon season there are often floods. There are many auspicious Temples in the surrounding area, including Yoga Pitha, the birthplace of Sri Chaitanya Mahaprabhu. 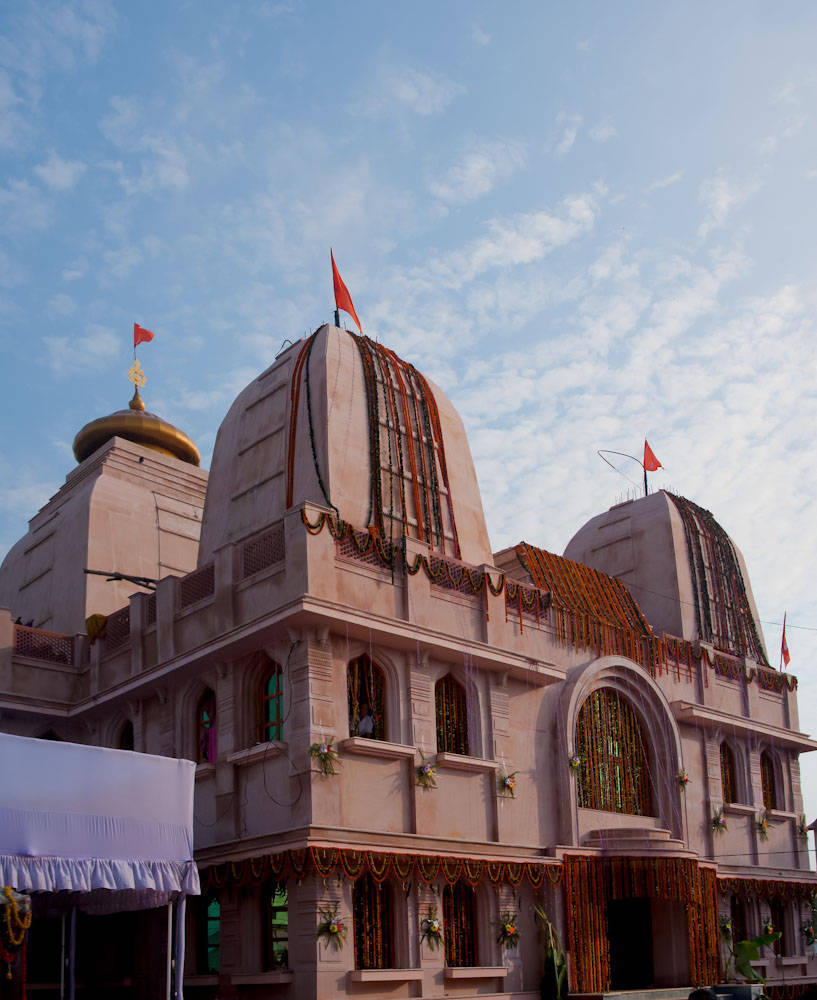 The temple is located in Puri town (near Bhubaneshwar, Orissa), near Sonar Gauranga temple at Chakra Tirtha Road. It is also the worship place where the original wood for Baladev, Subhadra and Jagganatha appeared, according to the dream of Indradyumna Maharaj. Indradyumna Maharaj took these three pieces of wood blocks to his palace for the Deities to be carved. Therefore this place became famous for all pilgrims in Puri.

The beautiful Gopinath Gaudiya Math was established in Vrindavan in 1995 by our beloved Param Gurudev, His Divine Grace Srila Bhakti Promode Puri Goswami Maharaj at the humble request of his disciples. 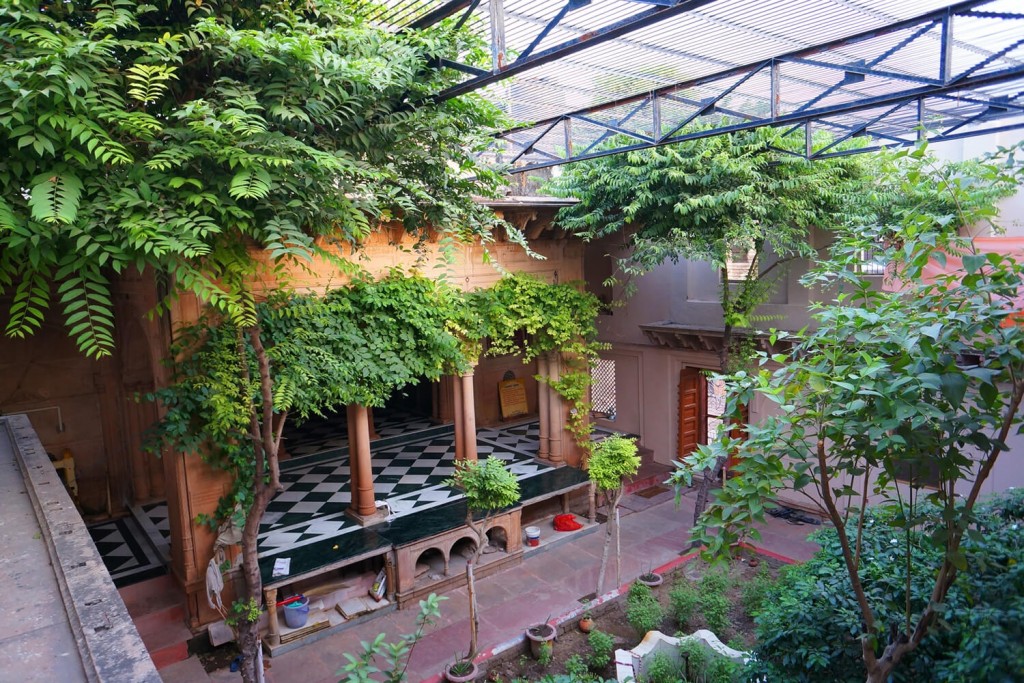 The temple is located in Vrindavan town, 140 km from the city of New Delhi. The name of the temple is Purana Dauji Mandir, which means Old Dauji temple. The temple is a historic building erected by a Royal family of West Bengal 180 years ago. The building was constructed with ornately carved red stone. There is a beautiful courtyard garden in the middle of the temple area. Beautiful Tulsi plants and jasmine trees grow there along with other flowers that are offered to the Dieties. Books on transcendental topics can be purchased or borrowed from the Book Stall.

The local climate is dry. It is mild, warm weather during the spring and autumn with extreme heat in the summer and cold in the winter. During winter months (December and January) it is very damp, foggy and cold.

The Deities in this temple also have a long and very special history. On the left altar is Sri Sri Gaura Nityananda Prabhu. These deities were installed by Virabhadra Prabhu (the son of Nityananda Prabhu). In the middle is Sri Dauji who is 180 years old, as old as the temple. On the right side is Sri Sri Radha Govinda. They originally belonged to Tappan Mishra, the father of Raghunath Bhatta Goswami (one of the six Goswamis). Mahaprabhu and also Sanatan Goswami visited Sri Sri Radha Govinda in Tappan Mishra’s house in Kashi (Varanasi). Originally, these Dieties were there, but in 2001, by the mercy of His Divine Grace Srila Bhakti Pramode Puri Goswami Maharaj, Tapan Mishra’s family members where inspired to transfer the service of these Dieties to Gopinath Gaudiya Math.