The people in general are naturally inclined to enjoy, and you have encouraged them in that way in the name of religion. This is verily condemned and is quite unreasonable. Because they are guided under your instructions, they will accept such activities in the name of religion and will hardly care for prohibitions.

Sometimes we may hear that we are followers of the Vedic scriptures but that is only true for the fifth Veda, the Śrīmad Bhāgavatam and the literature in Its following. After having completed the compilation of the four Vedas, Ṛg, Yajur, Sama and Atharva, the author, Śrīla Kṛṣṇa Dvaipāyaṇa Vyāsa, for this particular purpose an Avatar of the Supreme Lord, did not feel satisfied. He tried hard to find out the reason for his dissatisfaction. Then his Gurudev, Śrī Nārada Muṇi, the sage amongst the heavenly demigods, appeared before Śrī Vyāsa Dev and revealed the reason to him.

The four Vedas mainly deal with the dos and don’ts in this material world; prescribing what we must do to gain a life of mostly enjoyment and what we must not do in order to avoid excessive suffering. In this way the Vedas are comparable to a book of behavior for the inmates of a prison. If you behave well, you will get a cell with golden bars, a softer cot, a window to let sunlight in, better food, more time in the open yard and other privileges. If you transgress the prison rules you will get a cell with iron bars in the dungeon, have to sleep on the filthy stone floor, get hardly any food and if only moldy bread with stinky water, and you will not see any sunlight at all.
Therefore Nārada Muṇi told Vedavyāsa that he had done the souls in this material bondage a great disfavor. Under the influence of the Lord’s illusory energy they already have the irresistible tendency to sense enjoyment and in the Vedas, which would be seen as religious, revealed scriptures, Śrīla Vyāsa Dev encourages the paths to sense enjoyment. In the name of religion the conditioned souls would consequently engage in activities, which only prolong their bondage in this material world because here the resources for enjoyment are limited, one person’s enjoyment is necessarily another person’s deprivation, and the Law of Karma will revert this relationship in at some time in the future, more often than not in a necessary future lifetime.

But the four Vedas hardly say anything about the glories and sweet, attractive pastimes of the Supreme Lord, which would capture the attention of the conditioned souls and inspire them to strive for the merciful, eternal association of the Lord in His transcendental abode.

Then, following his Guru’s advice, Śrīla Vyāsa Dev compiled the cream of all religious, revealed scriptures, this Śrīmad Bhāgavatam and in eighteen thousand verses of beautiful Sanskrit poetry he described the charming, all-attractive character and pastimes of Śrī Kṛṣṇa, the Supreme Personality of Godhead, and His multifarious incarnations in this world. 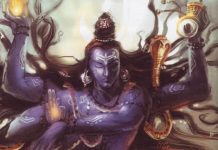 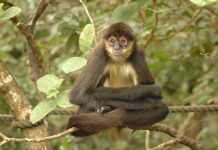 Age of Hypocrisy and Quarrel