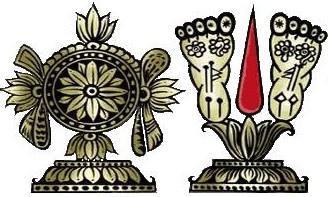 Food for thought from the Visva Vaisnava Raja Sabha

Srila Bhaktivinode Thakur on the nature of sectarianism from the introduction to the Sri Krsna Samhita:

Everyone has the right to discuss spiritual topics. Yet people are divided into three categories according to their qualifications. Those who do not posses independent power of discrimination are in the first category and are called neophytes, or those with soft faith. They have no alternative to faith. If they do not accept whatever the compilers of the scriptures write as the order of the Lord, then they fall down. They are qualified only for understanding the gross meanings of the science of Krsna; they have no qualification for understanding the subtle meanings. Until they gradually advance by good association and instruction, they should try to advance under the shelter of faith. Those who have not yet succeeded in connecting faith with argument are second grade persons, or madhyama-adhikaris. And those who are expert in connecting these two are perfect in all respects. They are able to attain perfection by utilizing material resources in their independent endeavors. They are called topmost persons, or uttama-adhikaris…

Sectarianism is a natural byproduct of the Absolute Truth. When acaryas first ascertain and instruct the Truth, it is not polluted with sectarianism. But the rules and regulations received through disciplic succession regarding the goal and the method of achieving it are changed in due course of time according to the mentality and locale of the people. A rule that is followed by one society is not necessarily accepted in another society. That is why one community is different from another. As a community gradually develops more respect for its own standards, it develops hatred towards other communities and considers their standards inferior. These sectarian symptoms are seen in all countries since time immemorial. This is prominent amongst neophytes and found to some extent amongst madhyama-adhikaris. Amongst uttama-adhikaris, however, there is no trace of sectarianism. Adherence to a particular standard is the prominent symptom of a society. There are three types of standards-alocakagata, alocanagata, and alocyagata. Alocakagata is when sectarianists accept some external signs. Examples of alocakagata are tilaka, neck beads, saffron robes, and the baptism that is practiced abroad.

The different activities practiced in the process of worship are called alocanagata. Examples of alocanagata are sacrifices, austerities, fire sacrifices, vows, studying scriptures, deity worship, constructing temples, respecting the purity of various trees and rivers, dressing like sannyasis, acting like acaryas, dressing like brahmacaris or grhasthas, closing one s eyes, respecting particular types of books, rules and regulations in eating, and respecting the purity of particular times and places. The examples of alocyagata are attributing personalism or impersonalism on the Supreme Lord, installing deities, exhibiting the mood of an incarnation of the Lord, speculating on heaven and hell, and describing the future destination of the soul. The different forms of these spiritual activities create divisions of sectarianism.

Differences that arise from places, times, languages, behaviors, foods, dresses, and natures of various communities are incorporated within people s spiritual practices and gradually make one community so completely different from another community that even the consideration that everyone is a human being may cease to exist. Due to these differences there is disagreement, cessation of social intercourse, and fighting, even up to the point of killing one another. When an asslike mentality becomes prominent within the kanistha-adhikaris, they certainly indulge in these things. But if they develop a swanlike mentality, then they do not take part in quarrels; rather, they endeavor to attain a higher level. Madhyama-adhikaris do not quarrel so much about external standards, but they are always attacked by philosophical disagreements. Sometimes they condemn the standards of neophytes and establish their own standards as superior. They condemn the neophytes deity worship in order to establish the worshipable Lord as formless. In such cases, they are also considered asslike people. Otherwise, if they had a swanlike mentality and a desire to attain a higher level, they would respect others practices and inquire about higher topics. Contradictions actually arise only due to asslike mentality. Swanlike persons consider the necessity for different practices according to one‘s qualification, so they are naturally detached from sectarian quarrels. In this regard, it should be understood that both asslike and swanlike people are found amongst the kanistha-adhikaris and madhyama-adhikaris. I do not expect that asslike people will accept this book with respect. If neophytes and madhyama-adhikaris become completely indifferent in regard to the contradictions found in various practices and try to advance further, then they become swanlike persons. Then they are our respectable and dear friends. Although swanlike personalities may accept a particular practice from birth or childhood according to instructions they have received, they nevertheless remain indifferent and nonsectarian.

The religious principles that will be explained and established in this book are very difficult to name. If these principles are given a particular sectarian name, then other sects will oppose them. Srimad Bhagavatam has therefore extablished sanatana-dharma as satvata-dharma, or religious principles related with the Absolute Truth. Another name for these religious principles is Vaisnava-dharma. Asslike Vaisnavas fall into the categories of Saktas (followers of Durga), Sauras (followers of the sun-god), Ganapatyas (followers of Ganesa), Saivites (followers of Siva), and Vaisnavas (followers of Visnu). But swanlike Vaisnavas are nonsectarian and, therefore, rare. These five types of above-mentioned spiritualists, as found in India, are named according to their respective qualifications. Human beings have two types of tendencies-arthic, or material, and paramarthic, or spiritual. Material tendencies include maintaining the body, constructing a house, marrying, begetting children, studying, earning wealth, material science, factory work, acquiring and maintaining assets, and accumulating piety. Although there are some similarities between the activities of human and animals, the material endeavors of humans are nevertheless superior to the natural tendencies of animals. If after executing their material activities human beings do not take shelter of their constitutional activities, then they are called two-legged animals.

The constitutional activities of a pure soul are called sva-dharma, or one s prescribed activities. The sva-dharma of a living entity is prominently manifested in his pure state of existence. In one s pure state of existence this sva-dharma is present in the form of spiritual activities. All the above-mentioned material tendencies become succesful when dovetailed with spiritulal activities, otherwise they cannot independently help one attain the highest goal. From engagement in material activities up to the awakening of spiritual activities is called the preliminary stage of God consciousness. From this preliminary stage up to the uttama-adhikari stage there are innumerable levels. Inquiring about truth of the material world is called Sakta-dharma, because the predominating deity of the material world is goddess Durga.

All behavior and practice instructed in Sakta-dharma is helpful only in the preliminary stage. Such behavior and practice is meant to bring one closer to spiritual life, and materialistic people may be attracted by this only until they begin to inquire about the Supreme Absolute Truth. Sakta-dharma is the living entities initial spiritual endeavor, and it is extremely essential for people of that level. When the preliminary stage is further strengthened, one attains the next level. One then considers the energy of work and the superiority of heat over dull matter, and one therefore accepts the sun-god, who is the source of heat, as one s worshipable deity. At that time, Saura-dharma is awakened. Later, when one considers even heat as dull matter and animal consciousness as superior, one attains the third stage, Ganapatya-dharma. In the fourth gross stage, Lord Siva is worshiped as the pure consciousness of the living entities, and Saiva-dharma manifests. In the fifth stage, the consciousness of the living entity worships the supreme consciousness, and thus Vaisnava-dharma is manifest. By nature, there are five types of paramarthic dharmas, or spiritual duties, which have been known throughout the world by different names at different times. If one considers all the different dharmas that are current in India and abroad, one can see that they certainly fall within these five categories.

Satvata-dharma, or nonsectarian Vaisnava-dharma, is the living entities constitutional, or eternal, religious principles. The Vaisnava principles that are found in the Mayavada-sampradaya are only indirect imitations of those principles. When such sectarian Vaisnava principles become transcendental, that is, when they are freed from impersonalism, then they become Satvata-dharma, or religious principles related with the Supreme Truth. The different sampradayas, namely dvaita (dualism) dvaitadvaita (simultaneous oneness and difference), suddhadvaita ( purified oneness), and visistadvaita (specific monism) that are found in satvata-dharma are nothing but wonderful varieties of sentiments within the Vaisnava science. Actually the various sampradayas are not the result of differences in the basic truth. Impersonalism is diametrically opposite to the science of bhakti. Those Vaisnavas who have accepted impersonalism are not pure Vaisnavas.